This is one of the constant questions raised about Siberian Huskies.

You would think it would be enough that:

Now these people and organisations don’t take this line for fun, or to “big up” the wild nature of their dogs, or to try to keep the breed exclusive. They take it because it accurately reflects the bitter experience of thousands of owners worldwide over a long period of time.

However, this obviously is not enough because there are still a steady stream of people who just don’t believe this unanimous and ubiquitous message. When you give examples of Siberians which have been killed, caused accidents or been shot by farmers for killing/savaging livestock, the doubters come back with, “But you could say the same about any breed!” – and to be honest, in many respects they would be right. Too many irresponsible owners of all kinds of dogs let their dog off lead with little thought for their dog’s safety, the safety of other animals, or the safety of the public. That is not for discussion here though. I want to explain why, in my opinion, it is never safe to let Siberian Huskies off-lead in unenclosed areas. 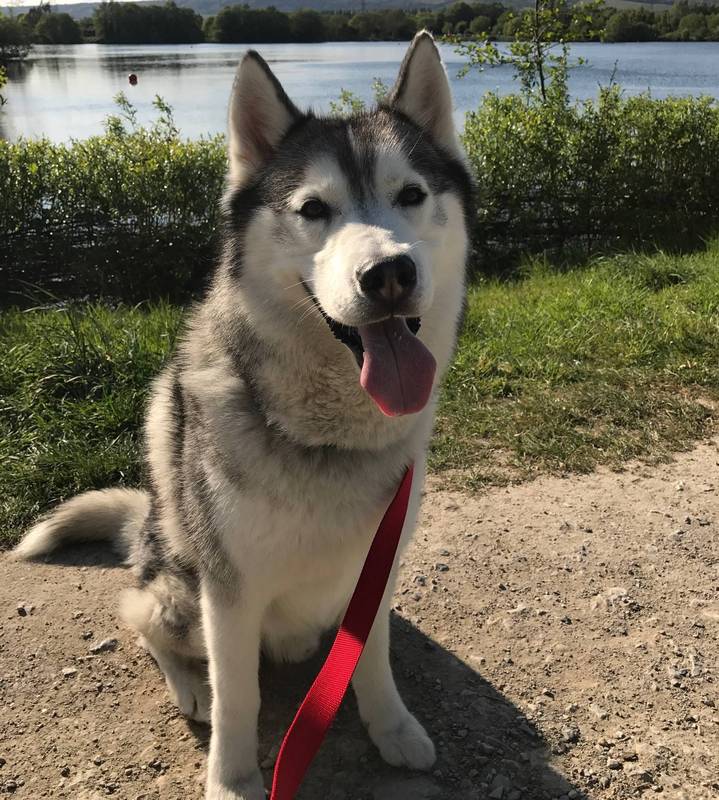 So, Why is the off-lead thing such a big deal with huskies? What makes them different from other breeds?

There are two major factors, both embedded deep within the history of the breed. The dogs we now know as Siberian Huskies were originally developed by what are known as the “maritime” Chukchi people of North East Siberia who relied on dogs for transportation during the frozen winter. Other Chukchi groups relied on Reindeer for both food and winter transportation. The maritime Chukchi lived in fixed summer villages along the Bering Sea coast, but during the arctic/sub-arctic winter, became nomadic – following and hunting whatever game was available. The Chukchi would load their whole families on their sled and using teams of up to 20 dogs, would hunt all winter, sometimes covering 100 miles a day in their search for food. It was originally estimated that the Chukchi’s dogs had been in existence for some 3000 years, but recent archeological research has found the remains of sled-type dogs going back well over 10,000 years. Indeed, the Siberian Husky has been recognised as one of the oldest dog breeds known to mankind, so they have had a long time for their instincts and behavioural traits to become hard-wired into them.

The source of their prey drive is simple. During the summer, when they were not required as transportation, the Chukchi dogs ran free around the summer villages, rarely being fed by their owners, but existing (if not prospering) on what they could steal or catch. As winter came and food became scarce the dogs once more became sled dogs (of course not all the dogs returned – accidents and natural predators accounted for some, but at least there were no roads for them to be killed on). This pattern of behaviour was built up over a period of time which has been estimated as long as 10,000 years.

As a result of millennia of such behaviour, these dogs now have a fearsome prey drive and the hunting skills to match. It is very common to hear that someone’s huskies have killed cats, rabbits, squirrels, birds (ours have taken birds out of the sky as they fly over our garden at low level) and even sheep. It is rare that they regard even small dogs as “prey” as they seem to be able to recognise a fellow canine.

You will occasionally hear dog trainers complain that huskies are not “trainable,” and you will consistently see them left out of lists of “The Ten Most Intelligent Dog Breeds” etc. The problem with such trainers and such lists is that they confuse obedience and “biddability” with intelligence, and, in reality they are not at all the same thing. Train a Border Collie to fetch a ball and it will tend to retrieve the ball time after time after time. Train a Siberian Husky to fetch a ball and it will do one of two things – either eat the ball, or bring it back once. The next time you throw it the sibe will look at you as if to say – “You threw it! YOU get it back! Do you think I’m that stupid?”

When you give a trained Border Collie a command, you usually get instant obedience. When you give a command to a Husky, the Husky actually thinks about it before deciding to comply or ignore the command. This may sound like bloody-mindedness, but it is in fact a deeply ingrained survival trait for arctic sled dogs. Think about it. You are the lead dog on a sled team pulling your Chukchi owner and his family across the frozen sea ice. Your owner shouts for you to turn right down a trail between a line of ice seracs as he knows this is the way to get to a safe camping area for the night. As lead dog, you can see that a right turn leads you to the edge of a deep crevasse and you refuse to make the turn. It is this intelligence and independence of thought which has been bred into Siberian Huskies over thousands of generations.

An example of this came from Leonhard Seppala’s famous lead dog (and hero of the 1925 Dipheria Run – Togo. One day, Seppala was running his team, led by Togo, over the sea ice of the notorious Norton Sound,

“Togo had been leading his sled across the sound during a northeastern gale on another occasion when, a few miles from shore, Seppala heard an ominous crack that let him know the sea ice was breaking up. Togo headed toward shore even before Seppala could give the command, but drew up short so fast he nearly flipped backwards. A yawning chasm of water had opened almost at Togo’s feet, but the dog had reacted quickly enough to avert immediate disaster. Seppala looked around and realized with dismay that he and his team were trapped on an ice floe and headed out to sea.

They spent more than twelve hours on that raft of ice, waiting as it drifted in the icy waters. Finally it neared land, but ran up against another floe that was jammed against the ice still connected to shore. they stopped moving, but there was still a five foot gap of water that Seppala couldn’t hope to cross. He tied a lead onto Togo and heaved the dog across the water. Togo landed on the ice and sensing what Seppala intended, the dog began pulling with all his might, narrowing the gap between the two ice floes. Then the lead rope snapped. Seppala thought he was a dead man. Then Togo, showing himself to be possessed of more intelligence and resourcefulness than most men could expect from even their lead dogs, leaped into the water and grabbed the broken end of the lead rope in his jaws. He clambered back onto the ice and continued pulling until he had narrowed the gap enough for Seppala and the sled to cross safely.”

As it was with Seppala’s Siberian dogs, so it is today with our Siberian Huskies. No matter how well trained your Sibe is, there is always a part of his/her mind that, when he/she hears an instruction thinks, “Is it a good idea to follow that order?” and also, “What’s in it for me?” – When you combine that independence of thought and keen intelligence with the high prey drive, you can see that obedience when off-lead is a very dodgy prospect indeed.

Huskies don’t help themselves in this regard. It is often found that husky puppies will act in extremely obedient ways for the first few months of their lives. I have lost count of the number of owners who have told me their Sibe is the exception that proves the rule and is ultra-obedient. Upon further discussion, it almost always transpires that the dog is a puppy – 4 or 5 months old! Sibe puppies can lull you into a false sense of security – then puberty hits, they realise that they don’t need you, and all bets are off!!! 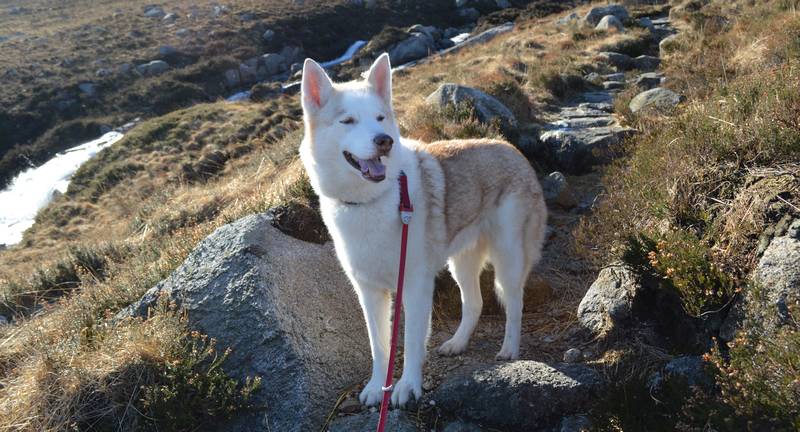 We have been interested in Siberians for 20 years and have owned them for 17+. During that time we have personally come across at least one owner each year whose “highly trained” Sibe has “gone deaf” for the first and last time and ended up dead under a car, shot by a farmer for savaging livestock or having caused a major traffic accident. The common theme is that all these owners quite genuinely believed that they could train this trait out of their dogs; that their relationship with their dogs was so good that their dogs would always respond to the recall command; and that the recommendation of every husky related organisation IN THE WORLD was nonsense and that they and their dog were somehow special. Unfortunately, these owners learned the hard way with tragic consequences for themselves and their dogs. The plaintive, “He/She’s always come back before” is a common refrain in these tragic cases.

This is exactly the naive “I know better than every Siberian Husky organisation in the world” attitude which unfortunately leads to the deaths of too many Siberians each year. My wife is an expert dog trainer. I have seen her achieve things with Sibes (and other dogs) that I would have thought pretty near impossible. All our adult dogs have excellent recall and obedience and are often a source of amazement to people who regard sibes as untrainable. Yet neither she nor I would ever let our dogs off lead in an unsafe/unenclosed area because we know that their recall can never be 100% and they are much too precious for us to risk.

Having said all that, we believe strongly that all Siberian Husky owners should train their dogs in recall. We always recommend that people train their Siberians to recall IN SAFE ENCLOSED AREAS to as high a level as possible. Even in the best regulated worlds, accidents sometimes happen – dogs slip their collars, snap their leads, escape from cages etc etc – and if you have trained your dog to recall, at least you have a chance of getting it back. Such training cannot be guaranteed, but at least it’s a form of insurance.

Talking about insurance – a message to all those who, despite all the evidence and arguments, still insist on letting their dogs go off-lead in unenclosed areas – get some public liability insurance. If your dog goes off-lead and causes an accident or kills livestock – YOU are liable. On second thoughts, maybe it’s not worth it! The fact that every single Siberian Husky organisation in the world advises against letting them off lead, the owner whose dog caused the crash or killed the livestock could be liable for huge damages, as in legal terms, it could be argued that by acting against such universal informed advice, they had been incredibly negligent in letting their dog off lead in an unenclosed area and that this obvious negligence would invalidate their insurance.

We are not taking any more adoption applications at the moment, until we are certain that our volunteers are able to operate without risk. We will let people know as soon as the situation changes. Press "X" to not see this box again for a while.

This site uses cookies for maximum awesomeness. If you continue we will assume that you are happy with that.
OkPrivacy Policy